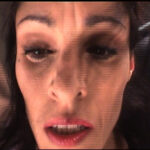 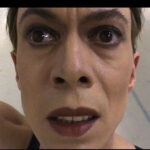 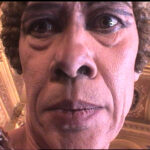 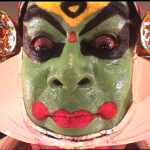 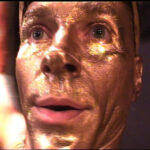 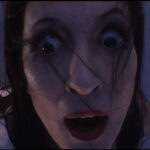 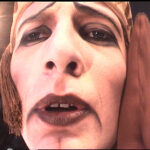 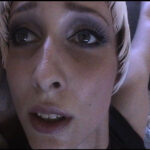 Faces, like Kozyra’s previous work Rite of Sping has to do with ballet. It is also shown in a similar manner formally — the viewer is surrounded by huge screens. What they show is faces demonstrating extreme emotions: above all, intense concentration, tension, and equally intense effort. Clenched mouths, rapidly moving eyeballs, frowning foreheads with trickles of sweat. The distorted faces turn into masks. Those are the faces of dancers: classical ones, modern ones, hip-hop dancers, captured doing their showpiece performances. They are filmed in such a way that one does not see their bodies, with which they express themselves, which are their instruments. One only sees the faces, which during the performance are virtually invisible to the viewers. Like in the Rites of Spring, dance itself is being deconstructed here, separated into the individual movements and frames in a process of tedious animation, and then assembled together again, so that in Faces the actor’s body is deconstructed. Until now a single whole, it now becomes visible only fragmentarily. Thrown into a circle of faces, the  viewer can watch them, while being watched himself.