FRIENDS program was created to help the Foundation implement its program in support for women artists, consisting of research projects, exhibitions, book publications, seminars. We invite you to join the group of the Foundation’s Friends and support us with a financial contribution. In exchange, we would like to offer to potential members exclusive access to a range of specially dedicated activities organized by the Foundation and exclusive collections of the art works as a token of gratitude.

For the 2021 collection of the FRIENDS project of the Katarzyna Kozyra Foundation 15 female artists from Poland, Belarus and Ukraine have donated their works to be produced in limited editions of 20 copies, printed in approx. A4 (210 x 297mm) on 300 x 400mm Hahnemühle paper, numbered and signed in pencil in 14 sets in Arabic numbers, to be given together as a whole series, and 6 copies each in Roman numerals, which can be selected individually.

I sincerely thank the participating artists for their contributions which exemplify comradeship and sisterhood among women from our region which the foundation wishes to manifest and embody with every following undertaking. 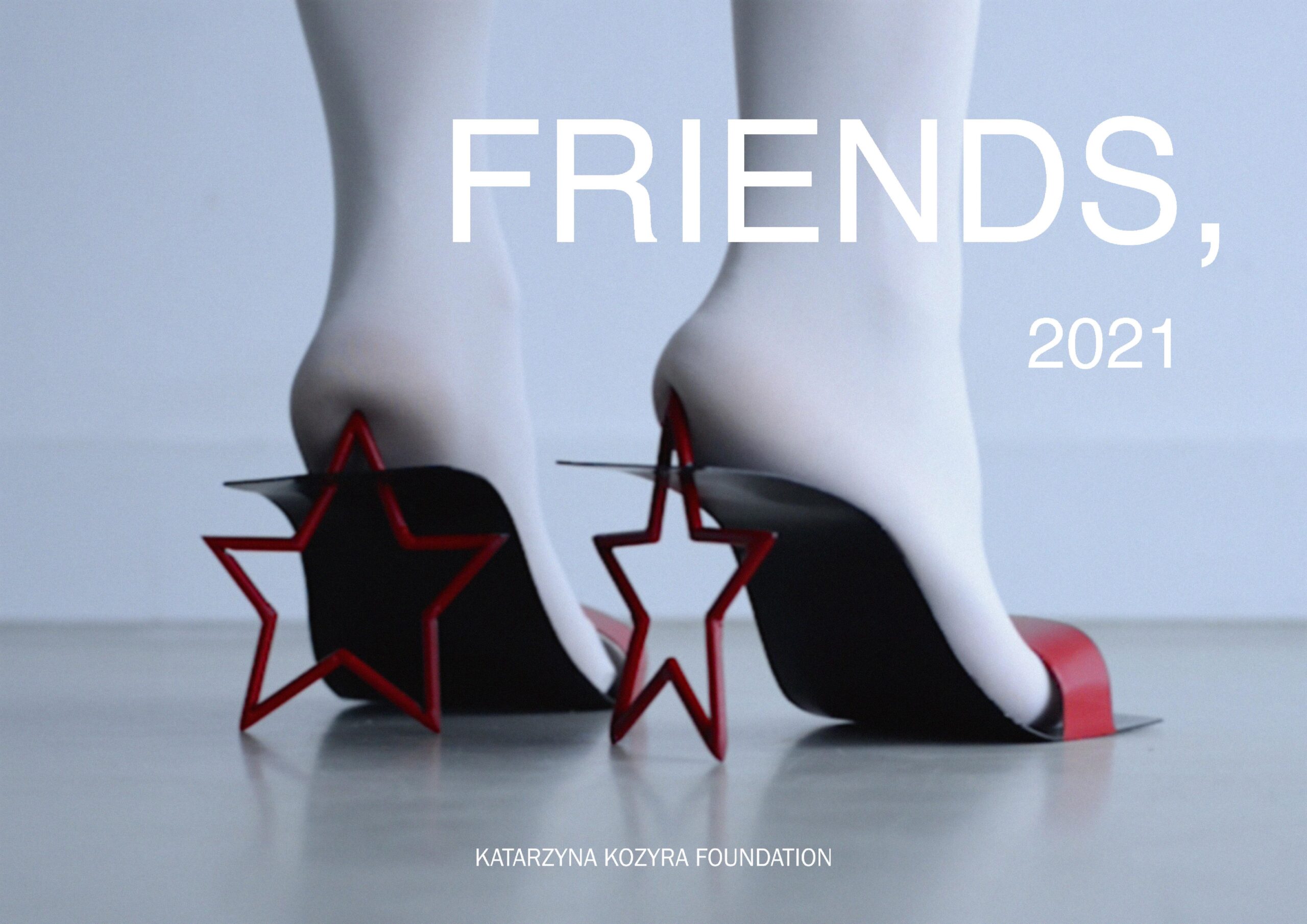 For the 2020 collection of the FRIENDS project of the Katarzyna Kozyra Foundation, 15 artists from Poland, Hungary, the Czech Republic, Romania and Slovakia have donated their works to be reproduced in editions of 20 copies, approx. A4 (210 x 297mm) printed on 300 x 400mm Hahnemühle paper, numbered and signed in pencil, 14 in Arabic numbers, to be kept together as a whole series, and 6 in Roman numerals, which can be given individually.

It is a series of fantastic works made by women and for women. We thank the artists, keeping in mind that womanhood also means solidarity and strength. 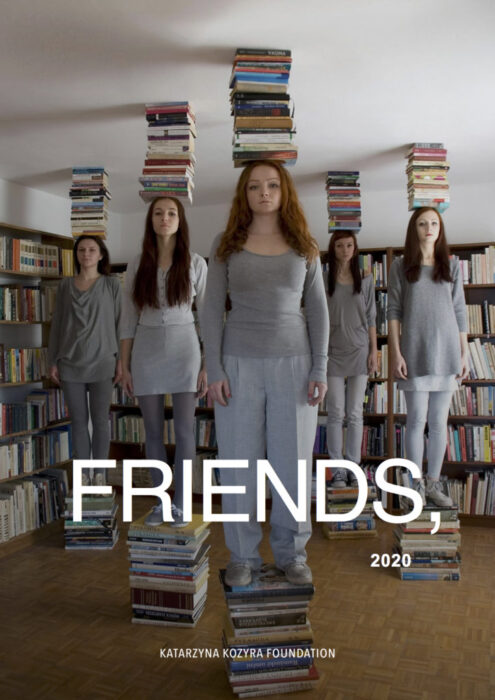 Katarzyna Kozyra dedicated a unique collection of her works, to thank the FRIENDS. As a token of gratitude for your support, you may be honored with a photo selected from among 18 different works, a total of 29 photographs [210×297mm printed on 297×420mm Hahnemule paper] signed and numbered by Katarzyna Kozyra in series of 14 separate works (in Arabic numbers) and 6 complete series (in Roman numbers), reflecting the artist’s lifetime career.

Katarzyna Kozyra’s collection contains most famous pieces made by the artist such as Pyramid of Animals (1993), Olympia (1996) and Bathhouse (1997) for which the artist received an honourable mention – one of the highest distinctions ever received by a Polish artist at the Venice Biennial, as well as Kozyra’s first work ever presented at the Warsaw Academy of Fine Arts Objects [Helmets] (1991), a portrait of her closed friend and roommate from the flat on Rakowiecka Street in Warsaw, taken during the fourth year of her studies at the Faculty of Sculpture (professor Kowalski studio), in time when she was diagnosed with Hodgkin’s lymphoma: Karaski in Bedclothes (1992) and the latest project which was created during Kozyra’s 6-year research in Jerusalem: Looking for Jesus (2018). 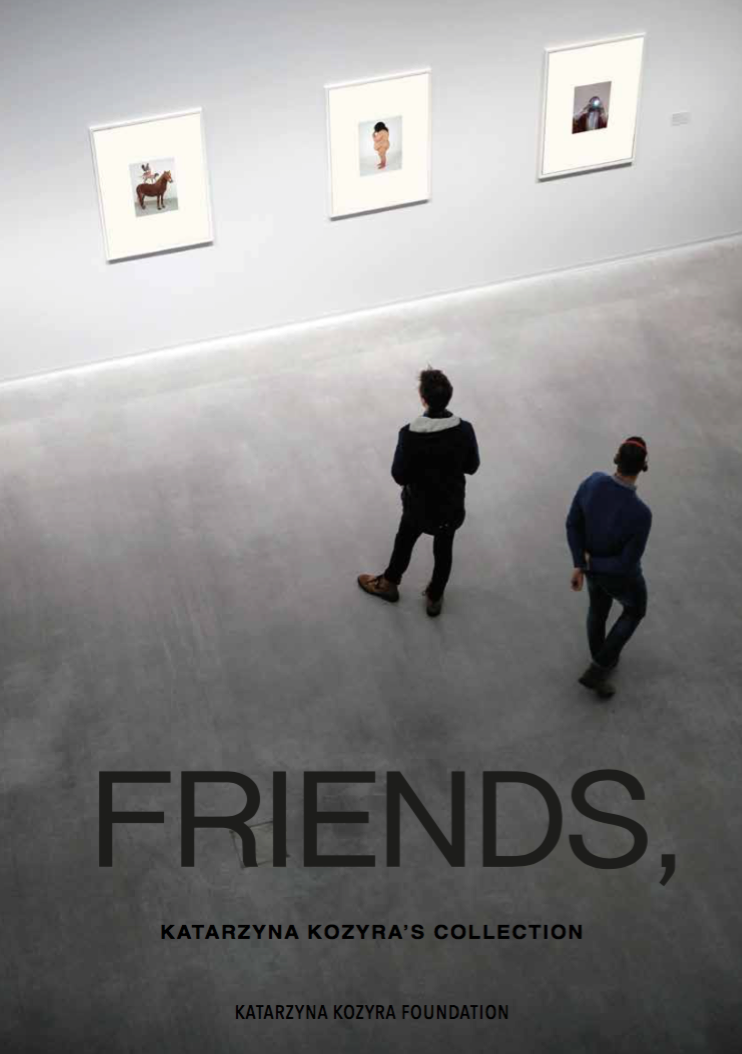