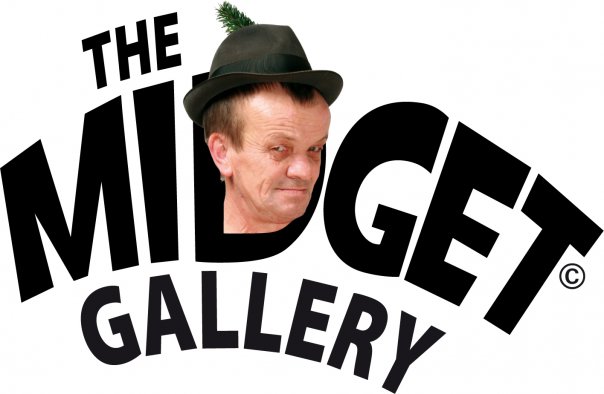 After having squatted spa baths for men, popular celebrations, night clubs, and renown fairy tales, Katarzyna Kozyra is now squatting a Biennial. In Auguststrasse, the Berliner street in which the fourth edition of the Berlin Biennial takes place — among the Kunstwerke, the fake Gagosian, no longer used apartments, churches and cemeteries on the opening days, from March 23 and 25, there was also another gallery. It was extremely tiny, without a seat, a nomadic gallery all contained in the equipment worn by five little dwarves with plenty of signs and videos on their backs. It is The Midget Gallery, the ironical action by Katarzyna Kozyra, the latest stage of the performative course In Art Dreams Come True. That is why, after having learned how to sing like a lyric diva, after having staged stripteases in a night club, after having acted as an actress in a cinema fairy tale, also this latest dream — of being featured at the Berlin Biennial — has taken shape, even if under a circus form as a street performance, mocking the mechanism of business supporting this kind of international exhibitions.

After squatting the 4th Berlin Biennial by wandering without a seat along Auguststrasse, having been sent away from Frieze Art
Fair where it ended up playing cards at the entrance, the Midget Gallery is going to give it a second try: it is ready to storm Art
Basel, the greatest and most important art fair in the world.
All things considered this is not the first time that Katarzyna Kozyra, the Polish artist that came up with the idea, has entered
forbidden places: prior to this she has stepped inside the men’s baths in Budapest masked as a man, and has broken into a Berlin
disco pub dressed as a drag queen to stage a striptease.
If the Midget Gallery did not succeed in Frieze where, paradoxically, while a meeting on artistic performance was taking place,
the dwarves’ performance was being rebuffed by the boss of the fair in person with his security guards, this time it started out
convinced that it will make it, that it had the right means to succeed and thus to enter the sacred temple of art, the place in
which artistic quality and economic value converge to form absolute artistic value.
Why? Because this time the Midget Gallery went in order to buy an artwork, to choose a work, buy it and bring it directly out
of the fair.
An involuntary accomplice of this pirate action was the Liste fair that had invited the Midget Gallery to Basel for an official
performance. A performance that the five dwarves – we have to comply – sort of underestimated by starting to play cards while
unenthusiastically showing some postcards on sale. Result: no postcards were sold. What is interesting rather, is that this
performance, even though it was official, also took place on the street because in the limited spaces allocated for Liste there was
not enough room to set up the action. That is why, between the action that was not allowed at the Frieze and the official
performance requested by Liste there was not in fact a great difference: in both cases it all ended up in a card game.
But the most interesting part of the action, one in which the small gallery showed itself to be both professional and daring, was
a non-official one. The five dwarves, that a great collector with the generosity of a patron had supported with twenty thousand
dollars, entered the bigger Art Basel fair to carry out their purchase.
With great seriousness they first made a detailed appraisal of the collection they had to enrich, later, inside the art fair, they
started discussing with owners, asking prices and reserving artworks. The task ended up being more difficult than expected: if it
is not easy to sell, it is even more difficult to buy. Given all the artworks sold before the preview, the works that were too
expensive and others that could not be detached from the walls to be brought home as the dwarves would have liked, in the end
the Midget Gallery was not able to settle any transaction.
Disappointment? Yes and no, because since the action wanted to be a genuine inquiry of the art market, by facing it with its
own means but from a subordinate point of view, the result had indeed been achieved.
Now the Midget Gallery is negotiating with a gallery that promised to ask the artist to make something worth less than twenty
thousand dollars. The artist is the one who made the artwork the dwarves preferred above all others: a duck with its bum in
a washtub, while between its open legs a dick stick stood out. The dwarves would be contented with the purchase of two claws:
let’s see if the gallery and the artist accept.
Whatever the outcome, the Midget Gallery has stirred up great interest. Fundamentally it is a sort of self-promotion. And
certainly the dwarves have understood something, that people, even in the world of art, understand advertisement better than
they do the artworks themselves.
Anyway, the inquiry continues.