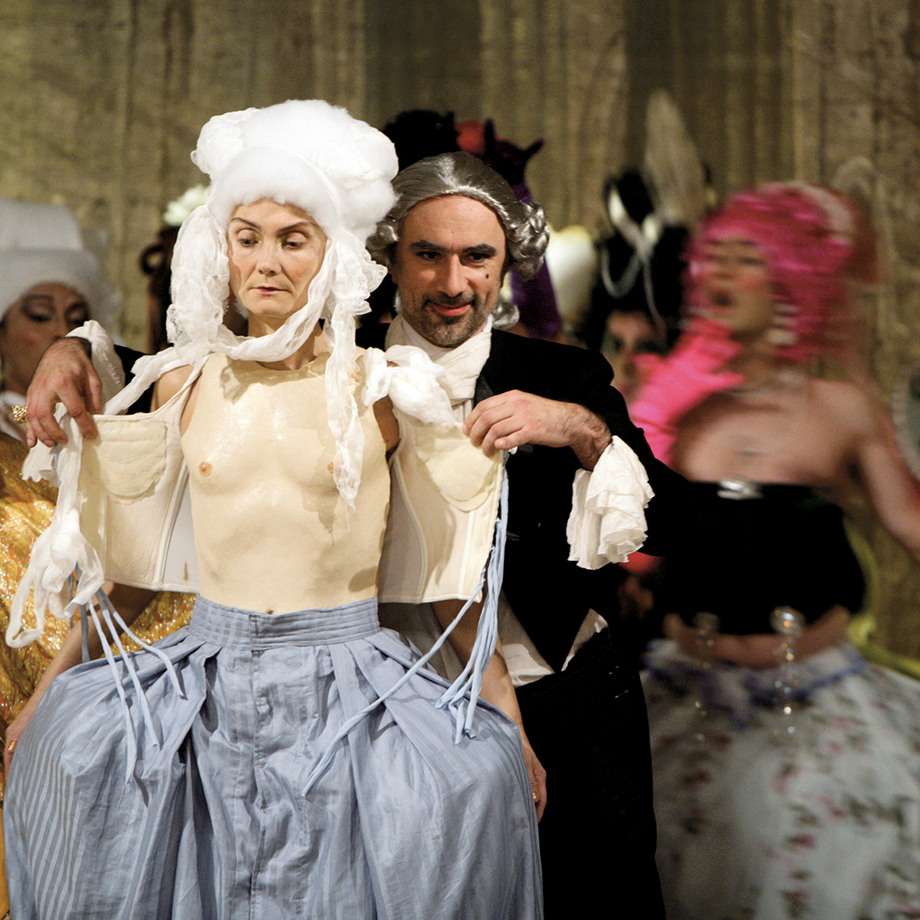 Cycle of performances, happenings and films
2003-2006
“In Art Dreams Come True” consists of a series of performances, quasi-theatrical productions, audience-engaging happenings and films. In the individual works, Kozyra acts as the director, lead character, and as ‘raw material’ apprentice in the hands of her two master guides who assist her in assuming various roles. Gloria Viagra, the Berlin-based drag queen whom the artist sees as a model of “true femininity” and the voice coach Grzegorz Pitulej, known as Maestro introduce Kozyra into their respective worlds, both saturated with artificiality, convention and posing.

Copy and paste this URL into your WordPress site to embed

Copy and paste this code into your site to embed