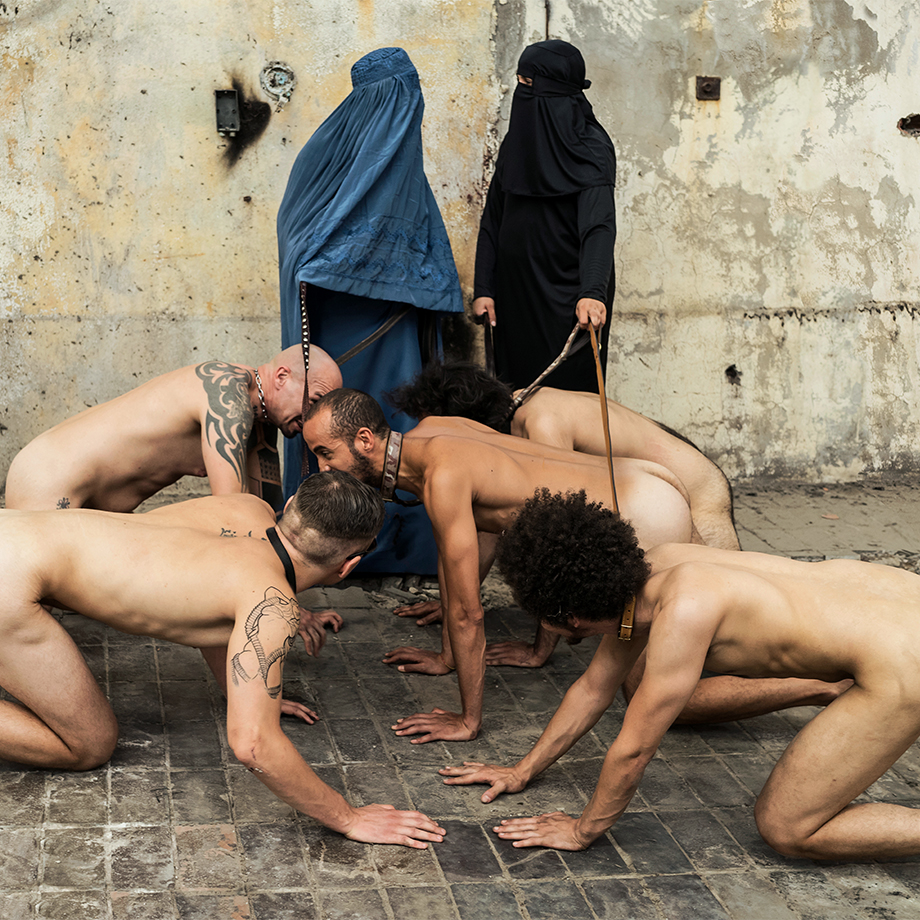 Monumental ten-foot-tall prints of naked men harnessed and led on leashes by burka-clad women. Testing the limits of cultural appropriation, Katarzyna Kozyra adopts the Burka as a symbol of female oppression, an instrument of restriction, one that literally renders a woman invisible. But it is men as dogs, in their full-body splendour, tattooed and muscular, that is shown subdued and subordinate.

Copy and paste this URL into your WordPress site to embed

Copy and paste this code into your site to embed