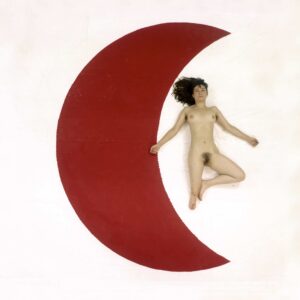 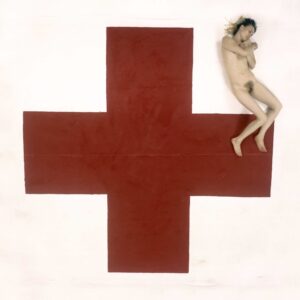 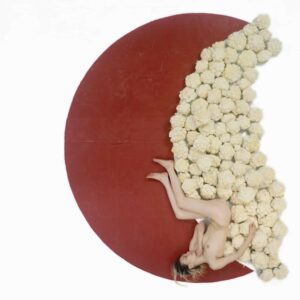 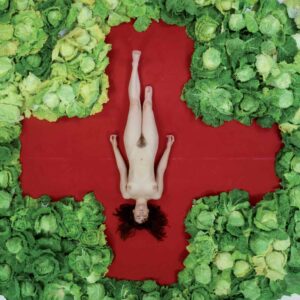 Four large format photographs generally arranged in a square, presenting two women, real life sisters, one of them Kozyra herself, against the background of religious symbols: cross and crescent. As the artist explains in the catalogue “Katarzyna Kozyra. Works 1993-1998”: “<BLOOD TIES> created in 1995 were inspired by the events in former Yugoslavia. The symbol of blood red cross and crescent are emblems of humanitarian organisations that bring relief to fellow humans. While working on this piece, I was pondering the metaphor of fratricidal rivalry and fight against the backdrop of religious and ethnic ideologies”.

In the summer of 1998 Kozyra was invited to participate in the activities of the AMS Outdoor Gallery combined with the International Association of Art Critics (AICA) programme which involved preparing and displaying in public space billboards (like advertising posters) prepared by artists. For her billboard Kozyra chose two shots from “Blood Ties.” The exhibition was planned for October 1998, but due to legal reservations it was postponed until mid-May 1999.

In 1999 billboards were manufactured for the exhibition organised by the AMS Outdoor Gallery, which took place on the street of Polish cities: Warsaw, Poznań, Łódź, Cracow, Lublin, Katowice, Wrocław, Szczecin and the Tricity. Katarzyna Kozyra’s piece created a scandal. Following protests, the billboards were censored. They were deemed an offence against religious feelings as well as shameless attempt at shocking with nudity and mutilated body. Naked women together with the cross and the crescent were -covered with long white stripes. 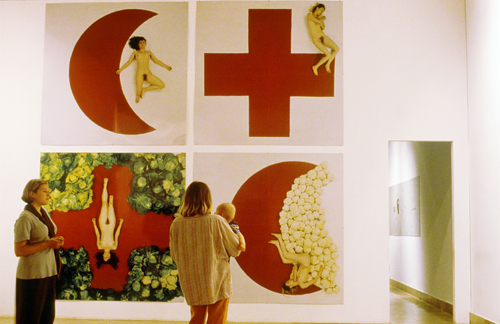 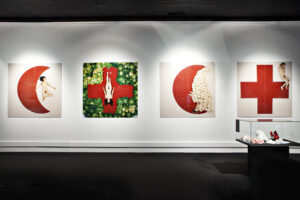 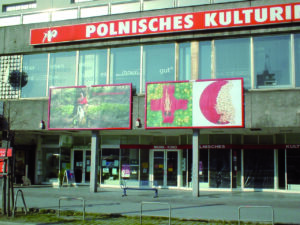 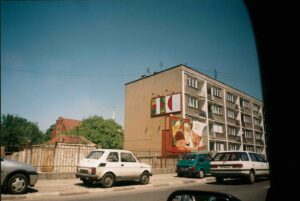 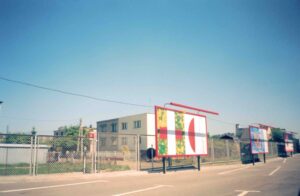 The Artist would like to thank all her collaborators and people who helped in the realisation of the project, in particular:

The piece was created with the support of Kozyra’s mother, Alicja.